The San Jacinto River Authority (SJRA) receives inquiries from the public on a wide variety of issues.  Regardless of whether the questions are received via email, webmail, social media, or telephone, there is one particular question that continues to be asked time and time again, “Why don’t you let water out of the reservoir in advance of a storm?”  Or put another way, “Why doesn’t SJRA pre-release?”  There are a number of reasons why officials from across the state, including SJRA, make it a policy not to pre-release from a reservoir in advance of a storm.

It would take several weeks to safely let water out of Lake Conroe at a rate that does not cause or exacerbate flooding downstream. Unfortunately, weather forecasts are not accurate enough, especially several weeks in advance, to accomplish a meaningful decrease in lake elevation.  A pre-release of water would prematurely fill the river leaving less storage capacity to accept natural rainfall and runoff.  If rains subsequently fell primarily downstream of the dam, we could potentially make downstream conditions worse having pre-filled the river.

Preserving the structural integrity of the earthen embankment also contributes to the decision.  The dam at Lake Conroe consists of an engineered earthen embankment that is approximately two miles long and includes five tainter gates where water is released during storm events.  The earthen embankment portion of the dam was never intended to be overtopped, and the tainter gates are also not designed for water to flow over the top of the gates.  That’s why the gates are gradually raised during storms to allow water to pass underneath.  The engineered earthen material that makes up the dam is saturated below the surface of the water.    If the lake were to be lowered too quickly, the reduction of water pressure against the dam could cause instability of those saturated soils.  This is a concept known as rapid drawdown, and it is a serious concern of dam safety engineers.  Furthermore, if water is pre-released from the reservoir and the area does not receive the predicted rainfall, precious supplies of water will have been unnecessarily depleted.  Dam safety officials from the Texas Commission on Environmental Quality do not recommend pre-release for these reasons and more.

One of the major river authorities in Texas, SJRA’s mission is to develop, conserve, and protect the water resources of the San Jacinto River.  Covering all or part of seven counties, the organization’s jurisdiction includes the entire San Jacinto River watershed, excluding Harris County. For additional information on SJRA visit our website at www.sjra.net, like SJRA on Facebook @SanJacintoRiverAuthority, and follow us on Twitter @SJRA_1937. 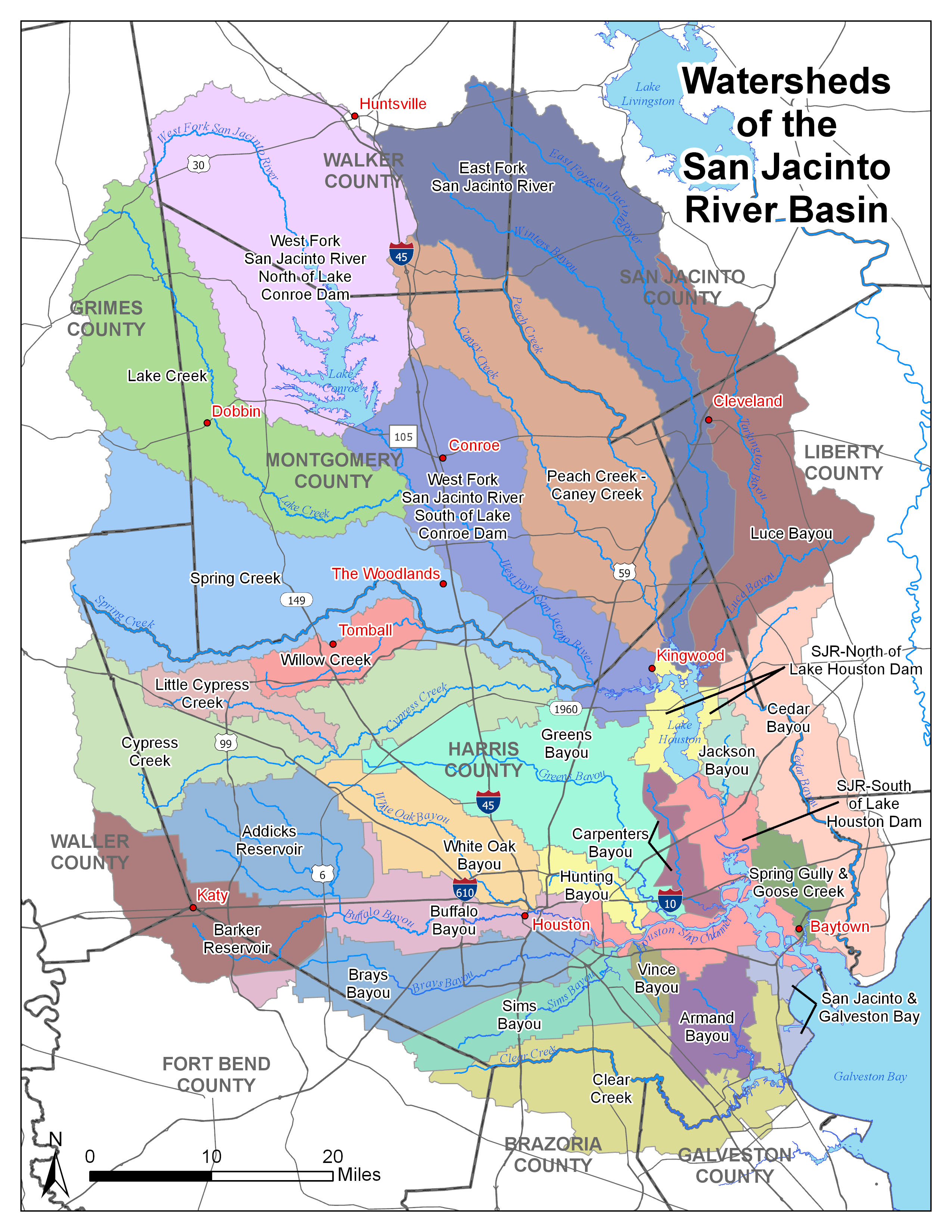 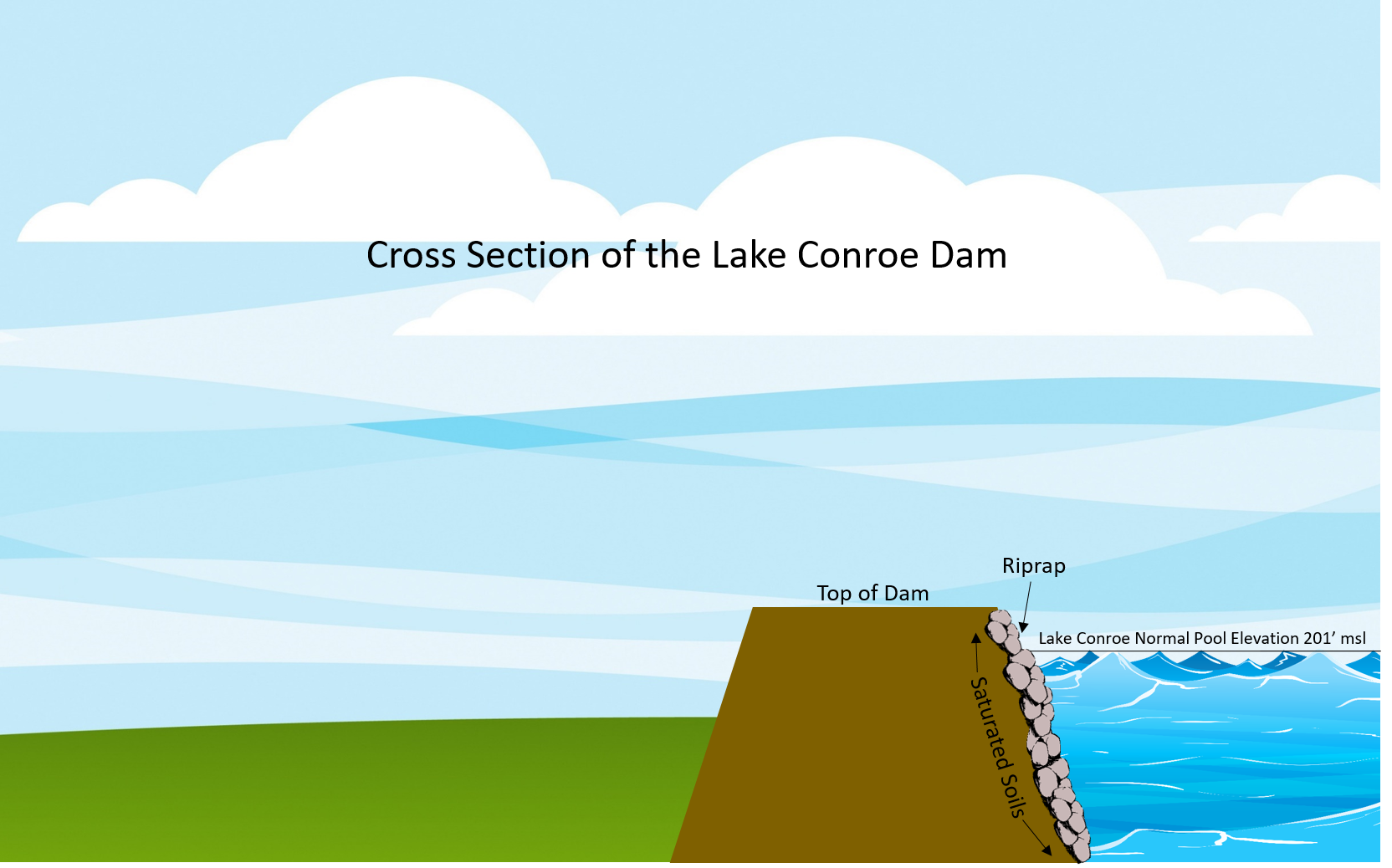 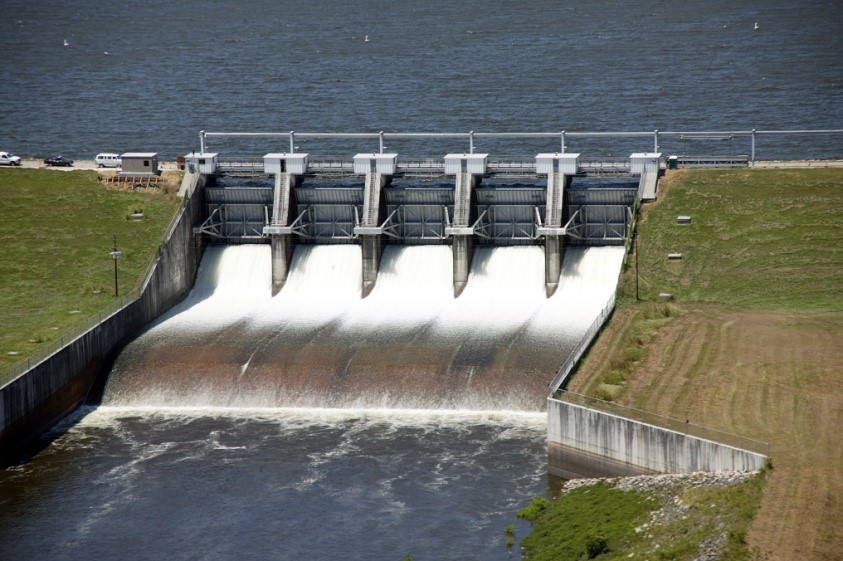 Featured in the September, 2019 Issue of Dock Line Magazine.